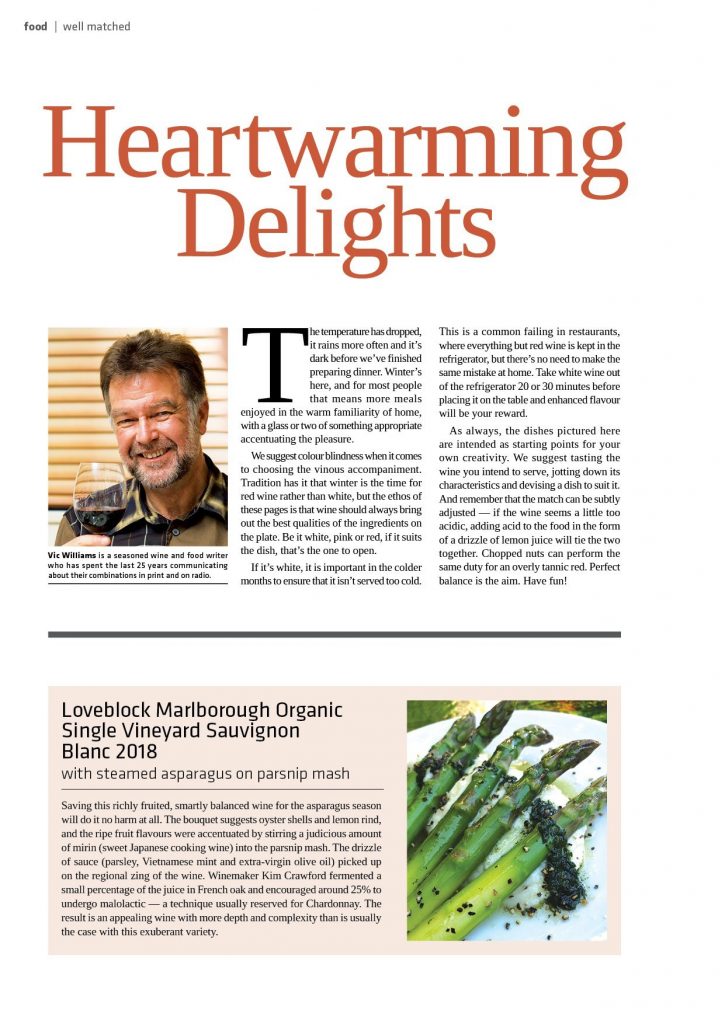 Booster has made five winery acquisitions in the past two years. Paul Taggart caught up with the group’s boss to learn more about the business’ big picture strategy.

No-one is in a better position to judge the financial viability of a large slew of New Zealand wineries than Allan Yeo. As managing director of the Booster superannuation fund, Allan is sitting on a $3 billion mountain of cash, and one sector where he has been making strategic investments with some of that money has been wine.

After the word got out that he was buying, he now has at least one “exciting wine opportunity” a month crossing his desk. Sadly, the wineries looking for capital are generally not considered as likely to add a great deal of excitement to the Booster balance sheet.

Clearly it’s a tough business, so why is the Booster team buying in to grapes and potential grief?
To understand the answer, it is best to go back to Booster’s beginning. It was started in 1998 as Grosvenor Financial Services Group by Allan, after a successful career here and overseas in banking. Originally the new business assisted financial advisers, but morphed into a Kiwisaver provider. In 2014 the New Zealand government chose the company as one of the default KiwiSaver scheme providers, alongside the big financial institutions.

Like most of the providers, Booster played the stock markets to get a good return for investors. Often Kiwisaver companies put clients’ cash into Kiwi and overseas shares, although many lean heavily towards overseas bourses, as New Zealand shares can have liquidity issues, especially for big investors. Even state-owned Kiwi Bank pumps a lot of its investors’ money offshore, seeking higher returns with the likes of Apple or Boeing rather than Fletcher Building or Spark.

Seeking a better return for Booster investors, Allan closely examined the private equity sector, with a view of investing in one of the existing major businesses in that field. However, the fees, plus the length of time money needed to be locked in to the funds meant private equity was not going to work for the investors Booster represents, so Allan took a new tack and began direct investments in Kiwi businesses, cutting out the private equity company middlemen, and their fees.

Tahi – one of the Booster funds – specialises in unlisted investments. These often need big sums of cash upfront, but often give better returns than investing in listed companies.
Some of these investments are partnerships with existing business owners, others are wholly owned.

The investments of interest in this article, however, are the wineries, and the one that best illustrates the advantages of sitting on a pile of cash is the purchase earlier this year of Mahana in Nelson.

A brief history of the winery and how it came to be on the market is elsewhere in this feature, but suffice to say it was a distressed sale. The state-of-the-art property cost in the region of $23 million to establish back in 2005, but has rarely operated at more than 35 per cent capacity. Last year its grapes were not even picked.

When the Booster team ran the ruler over the project, they came up with a tender price based on the winery’s commercial viability assuming it was part of a wider wine group, and paid no heed to former valuations.

While Booster plays its cards close to its chest on these matters, it is known that banks were owed about $3.3 million and there were contractors owed another couple of hundred thousand. Booster’s offer covered these amounts, but there was little left over after those debts were cleared. So the winery was picked up for probably less than a quarter of its former valuation.

A bargain it may have been, but it now needs to pay its way and give a return to investors.
While the Booster purchase brings Mahana back in to Kiwi ownership, there is nothing sentimental about wineries as far as Allan is concerned. He enjoys a decent bottle of Bordeaux and, more latterly, Kiwi pinot noir, so he’s a “wine guy” but he’s certainly not the sort of affluent soul who can indulge himself in a winery purchase, with no serious consideration as to whether it will ever turn a dollar. He is spending other people’s money, and, what’s more, he and others sitting at the Booster top table don’t get paid their big dollars unless they hit stringent performance targets, which relate to the percentage returns clients make on their savings.

So what’s the secret sauce Booster brings to the table to make investments in Sileni in Hawke’s Bay and Mahana in Nelson palatable for investors? Having spent some time at Mahana chewing over the group’s strategies with Allan, I came to the conclusion it is a case of fairly ruthless business acumen being applied to an industry which often doesn’t experience it.

Mahana, for example, has a $350,000 metal piece of art at its entrance, courtesy of its former owner. It would be fairly hard to justify commissioning a work of that price to a profit-focused board of directors, or to Kiwisaver investors expecting a return of 7.5 per cent on their money.

For many, winery ownership is a lifestyle choice. However, for a handful of major corporations – mostly overseas-owned, it is a cut-throat business, and everything is constantly on the table including bulk exporting, importing cheap foreign wine to cut the legs from under competitors, selling off underperforming units and dodging tax.

It is clear Booster is ready to swim with the sharks and has been looking at the recently acquired businesses as more than vines and grape varieties.

Full feature in the Winter edition of WineNZ.

When I read a tasting in a non-wine publication there are several things I look for.

One is the number of gold medals being sprinkled around. I saw a cooking magazine just the other day that had dished out twelve golds for pinot noirs – and that was without most of the country’s best pinots having been entered. The thing is, if international judging standards were applied, there are not twelve gold medal pinots in New Zealand in any given year. There just aren’t.

At the tasting event for this WineNZ magazine there were no golds for cabernets and merlots and quite a number were below the three-star threshold. When we ended up with four golds for a much bigger field of chardonnay, the judges were getting a bit anxious that they may have been too generous and they scuttled back to check their notes and scores. However, it was a great field of wines and had resulted in one of the best results ever for five stars in any of our tastings. And that was just four. Usually one or two are more common results.

The thing is that anyone can run a tasting and any self-appointed expert can award gold medals. The more gold, or five stars, that are dished out, the more entries you might get next time, so why not go hard and keep everyone happy?

The problem is you soon end up with wines like the McGuigans South East Australian merlot I sneakily dropped in to the Bordeaux blend tasting to keep the boys on their toes. It cost $7.99, yet somehow had no fewer thanfour gold medals on the bottle. Needless to say, when the judges tasted it blind, they all recognised it for what it was – super-low cost wine that was drinkable, but didn’t come within a bull’s roar of getting three stars, never mind five stars.

So a lot of the gold medals you see are a bit like the Zimbabwe dollar. When that country’s economy was in trouble, and it often was, more dollars were printed. It was a great wheeze – Robert Mugabe could pay his bills again, buy a new jetliner, or build a mansion fit for a dictator.

When he needed more, say to pay the army, he would print more money, and so it went on, until the inevitable happened – by 2006 the exchange rate reached $Z500,000 to $NZ1, and it got worse after that. Citizens needed a wheelbarrow to take billions of dollars to the bakery to buy a loaf of bread.

When I see a $7.99 bottle of Aussie wine wearing four gold medals in a Kiwi supermarket I can’t help but think they are “Mugabe golds”.

It is one of the reasons WineNZ uses five stars for our top wines, to avoid being associated with the medals made of fools’ gold.

As a quiet protest at the embarrassing plethora of awards being given out by all and sundry, WineNZ will no longer supply stickers for bottles. If we ever get to a point where there is some credibility or regulation in this area then we may reconsider.

We will, however, re-gig our WineNZ website so it shows all five stars awarded to wines by our judges in recent tastings, along with the judges’ comments. Then, if you see a bottle of wine in a liquor store and it is wearing more medals than another well-known African ex-ruler, Uganda’s Idi Amin, you can check with us to see if the wine is really any good.